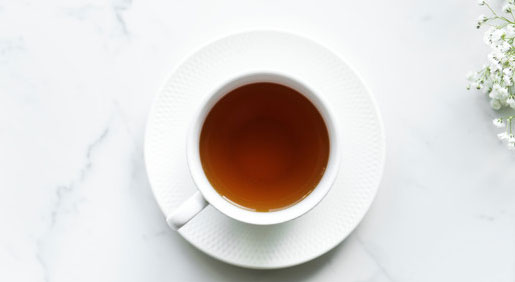 Why is Darjeeling Tea causing such a stir?

Simply put, darjeeling tea is a tea that’s grown in West Bengal, India in the Darjeeling district. This tea is named after the district because of its distinct aroma, complex and fruity flavour, as well as its light and medium body.

The elevation of where the tea is grown plays a large role in its quality. Since they’re grown slowly in the Himalayas, the cold enables them to develop complex flavours that are unique to this tea.

Unfortunately, there are a large number of imitation teas that don’t come from the Darjeeling district–the majority come from Nepal. Blenders are also able to label their tea as “darjeeling” if 51% of the leaf or more is from Darjeeling. You can imagine that the majority of those teas are right on the cusp.

The History of Darjeeling Tea

The origin of tea in India is largely from British colonialism in the early 19th century, as before then tea wasn’t a prolific drink. Archibald Campbell, a surgeon in the Indian Medical Service, planted the Camellia sinensis tea plant seeds in Darjeeling in 1841. The British East India Company soon began smuggling more plants and seeds from China in order to grow more tea and conduct experiments on new types.

Even though the British colonialism was overthrown, tea in Darjeeling is still made the same way it was several hundred years ago. Owners of the farms provide housing, education, and healthcare for their workers who live in the gardens. They also use the same tools in order to produce and track their yield.

Today, there are 87 operational tea gardens that employ 52,000 workers. During the tea plucking season, they’ll employ an additional 15,000 workers to keep up with demand.

Now that you know the British and Chinese origin of darjeeling tea, there are a number of benefits you can enjoy if you start brewing it today. Darjeeling tea also shares the same health benefits as other black teas.

Darjeeling tea is notable for its antioxidants. Antioxidants are able to help slow the ageing process as well as reduce or neutralize free radicals that damage our cells. Free radicals develop during digestion or in our organs when we’re exposed to certain toxic compounds.

Drinking black tea regularly will also increase your bone density and protect you from osteoporosis. A study published in the American Journal of Clinical Nutrition found that people only had to drink three cups a day in order to reduce the risk of fragile bones. They also found that drinking only one cup of tea a week could still reduce the chances of a fracture by nine percent. Hip fractures can be deadly for the elderly, so this is a notable discovery.

Last but not least, there is anecdotal evidence that the practice of creating a ritual of brewing tea each day can help soothe nerves and reduce anxiety. The act of becoming more mindful and clearing your mind of all distractions may help alleviate racing thoughts or overwhelming stress. Darjeeling tea also has a complex flavour profile that you’ll be able to savour.

Now that you know both the history and benefits of darjeeling tea, it helps to know how to properly brew it. Tea that’s brewed too long or with a temperature that’s too hot may turn out bitter. If you’ve never tried darjeeling tea before, this can negatively colour your impression of it before you even gave it a chance.

You’ll want to heat water just below the boiling point to 205 degrees Fahrenheit. If you don’t have a thermometer, bring the water to a boil and then take it off the stove to sit and cool for a short while.

You’ll want to use two teaspoons of leaves per each eight ounces cup. Make sure that you’re using an infuser that allows ample water flow in-between the leaves. Steep them for three to five minutes before taking them out of the cup.

Flavour That Stands the Test of Time

Now that we’ve answered the question “what is darjeeling tea,” we hope you have a greater appreciation for this unique and flavorful tea. Its aroma and complex, fruity flavour are suitable for any time of the day or night and can help frame your day and help transition you into calming routines.

Even better, Darjeeling Tea is a black tea that comes with many of the same benefits. Studies have shown that it can aid both your heart and bones and the best part is you don’t have to drink an excessive amount per day in order to reap the benefits.

Ready to enjoy luxury, gourmet tea of the finest quality? Take a look at the Darjeeling Tea we have in stock today!